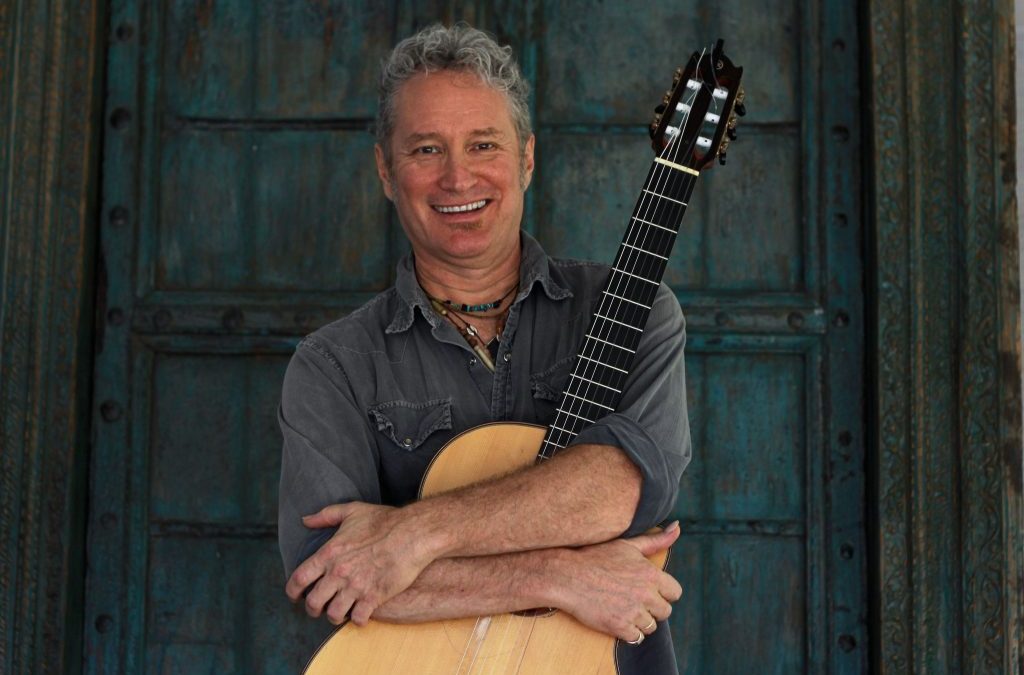 Posted on 10th February 2022 Comments are off for this post 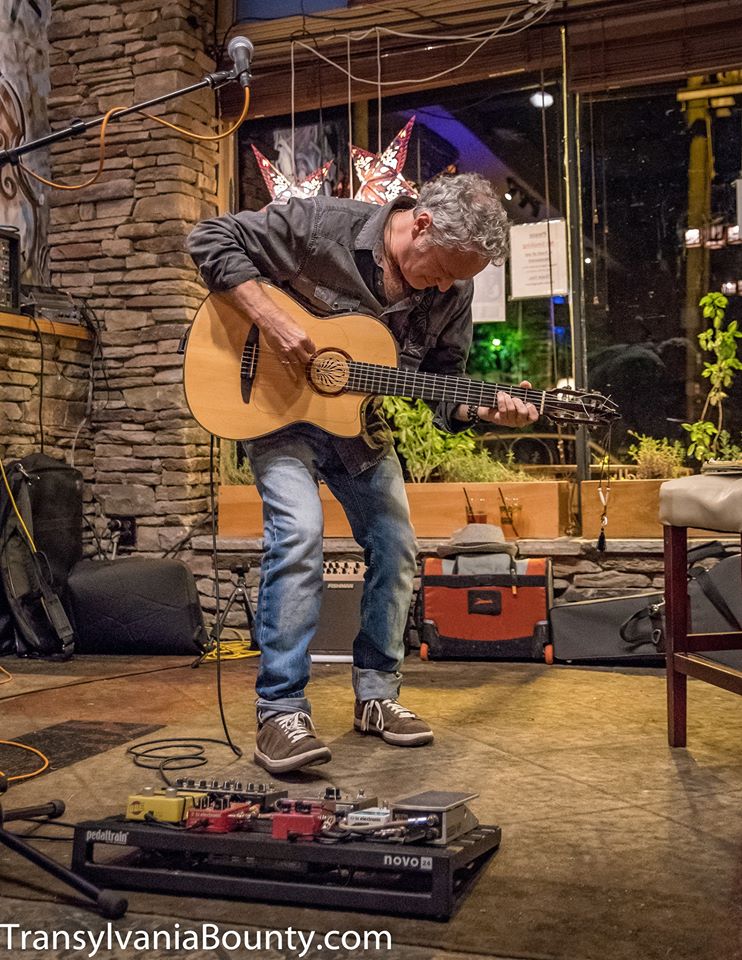 Dave Feder has carved out a niche of his own, playing a signature blend of Flamenco-infused Folk music. His laid back style easily disguises the complexity of his blazingly deft finger picking. Three decades of island-living in the Florida Keys has influenced Feder’s breezy, approachable, and sophisticated music.  Playing from his heart, he shows us more than just a glimpse of his soul. His musicianship incorporates miles of style, (savvy yet innocent, intelligent yet accessible) woven into a personal journey telling stories about life through the strings of his guitar.

Feder and his music have been praised by NPR’s All Songs Considered, World Café Live, PBS Art Loft, NPR’s Folk & Acoustic Music, The Miami Herald and Time Out magazine among others.  Feder spent six weeks at the top of the Broadjam World Music Chart with his critically acclaimed album “Black Emerald” and has been featured on All My Children (ABC), Art Loft (PBS), the NBC Good Morning show, National Park Service Educational Videos, and Florida Everglades Documentaries.

The chart-topping artist is most comfortable when on the stage or in the studio and is, quite literally, living out his childhood dreams. As a young child growing up in Rural Pennsylvania, he would often sneak out after dark out to hear the neighbors jamming. Few days have since gone by that he has not deeply interacted with music; always striving to be more articulate, more clear in his statement of the song that lives deep within him. David incessantly strives to become a successful translator of his heart and soul for the world to understand.

“I believe we all have one song inside of us and everything we write ends up being one version or another expression of that inner song,” claims Feder.

While living in The Florida Keys Feder bathed in the music of the many Latin cultures that surrounded him. David adopted these styles into his own Jazz and Classical background and discovered his unique sound, a blend of Flamenco infused Folk. In 1995 with the release of his debut CD “Waiting for Sara” David Signed with Lyra Recordings gaining worldwide distribution and international recognition.

“Black Emerald,” one of his most accomplished recordings, has been featured on NPR All Songs Considered. “Black Emerald is David Feder’s best work yet. I’ve listened to it over and over, and each time I’m knocked out by the energy of the music. It’s one of those special albums that stands as a singular creative vision, not just a collection of songs. Dave’s touch with the Latin guitar is magic.” (New York Times Best Selling Author, Carl Hiaasen)

In addition to producing chart-topping records, David has performed in numerous festivals such as Sun Fest, South Florida Folk Fest, MIDEM (in Cannes, France), Celebration of the Sea, CD Baby’s Road Trip, Jazz Times convention in New York City, and Art Basil in Miami, Florida. David has also spent three years as a Co-Headliner at the International Guitar Festival in Zihuatenejo, Mexico. Dave has also had music featured in a number of independent films throughout the years.

David lives in the Florida Keys with his wife of 25 years, Toronto native, Suzi-Sara. Their son Nyan Feder is an accomplished musician in his own right. David’s philanthropic urge, prompted him to co-found ICE, a 501C3 NFP Arts and Music Charity. Feder has helped to raise hundreds of thousands of dollars in scholarships for students pursuing arts, music and dance.

At Feder’s Islamorada recording studio, Poisonwood Productions, he has helped numerous independent artists solidify their ideas, taught music lessons, sound recording, and engineering to many. As a champion of the local arts world in the Keys, Feder produces the Florida Keys Bay Jam, a music festival that raises money for local high School Arts and Music Grants. Bay Jam is celebrating its 27th year.